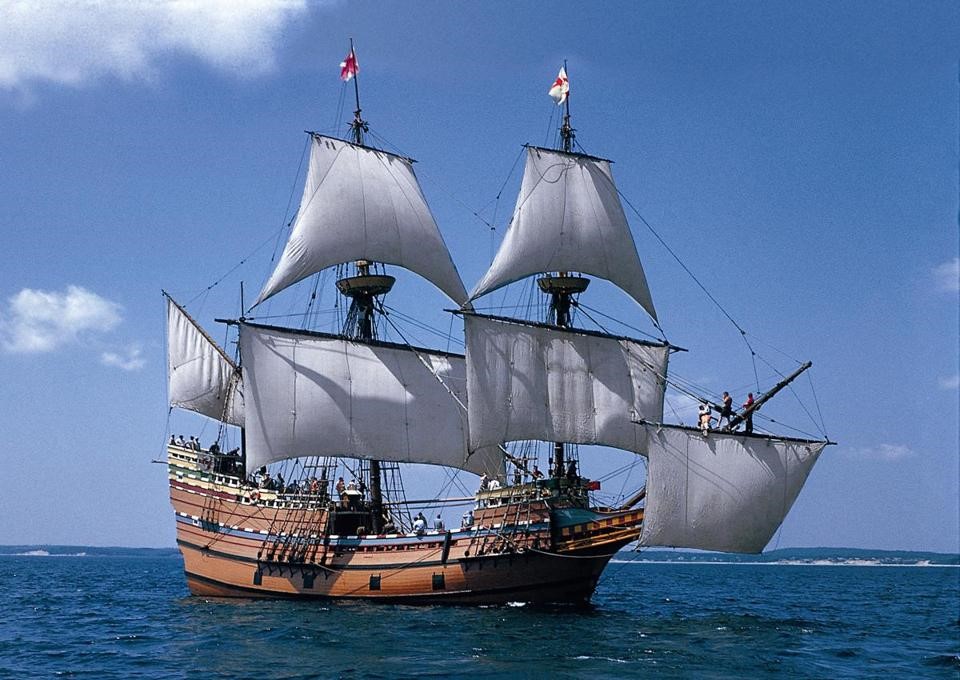 In preparation for our upcoming SHIPPINGInsight 20/20 conference, we are working on many activities for engagement amongst our participants that will add fun—and knowledge—to the event.  One of our activities is a Trivia Contest, which is being developed by SHIPPINGInsight’s Hughe Downes (aka Don Sheetz).  Spoiler alert:  one of the contests will involve identification of iconic ships through the centuries.  I was only 50% successful without employing Google!!!

Today marks the unveiling of a new iteration of an iconic ship—the Mayflower– the 400th anniversary of the Mayflower departure in 1620.  The solar-powered vessel is set to start trials off the south coast of England in the coming weeks.  After that, it will go on several voyages and missions over the next six months ahead of a transatlantic voyage in April 2021.

The autonomous 15-meter trimaran has been built to push the boundaries of autonomous shipping while gathering scientific data on the ocean. The Mayflower Autonomous Research Ship (MAS for short) is being led by marine research organization ProMare, while IBM is the main technology partner.

Today’s voyagers have the benefit of modern technology and communications.  Gone are the specters of ships falling off the edge of the flat earth, or massive sea creatures devouring vessels that never returned home.  With the benefits of more satellites launched for AIS, and sophisticated weather routing systems endeavoring to keep ships out of harm’s way, shipping is better able to meet the growing demands for energy, food, electronics, raw materials and more.

All of this has been predicated on the lessons learned from the voyages of the past.  Join SHIPPINGInsight 20/20 and test your knowledge of shipping’s past, present and future.  Register today to be a part of the thought leadership driving tomorrow’s shipping industry!