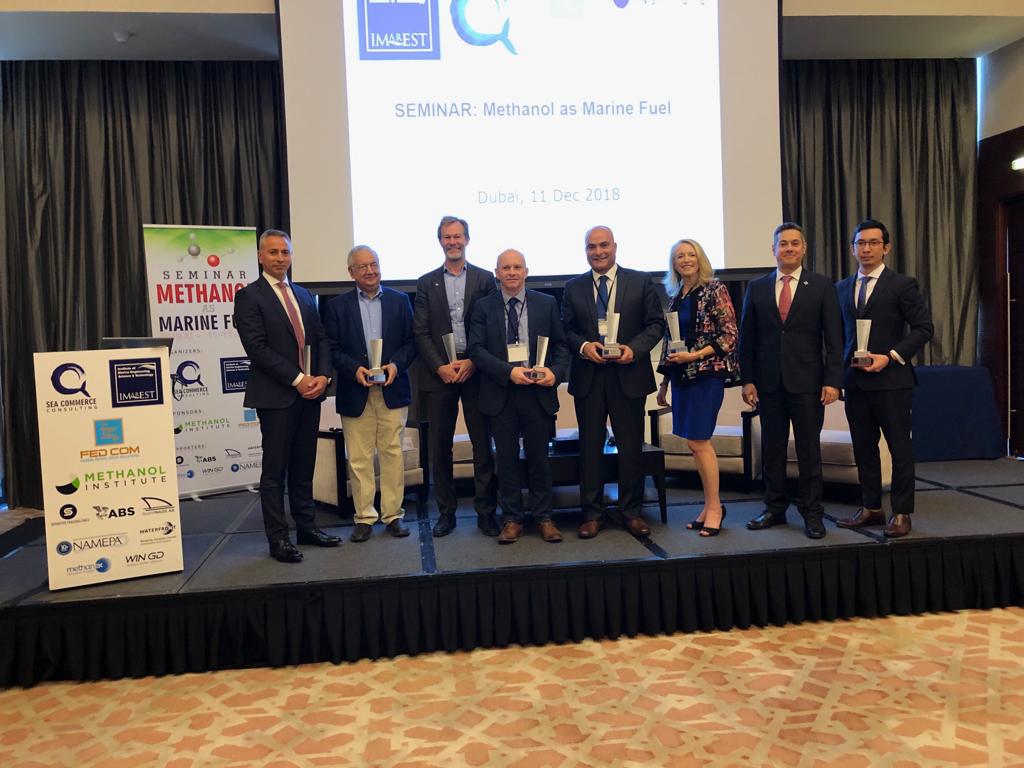 Greetings from Dubai where I was invited to present at a conference entitled “Methanol as a Marine Fuel” produced by Capt. Saleem Alavi’s Sea Commerce.  What a fascinating voyage into the opportunities, and challenges, presented by methanol as a bridge from here into decarbonization.

Much has been said about LNG as a “bridging” fuel, but not much has been said about methanol, which has the capability to move the maritime industry into a world without carbon.  Already it reduces SOx by 99%, NOx by 60% and PM by 95% and has an 11% lower CO2 content than diesel for new ships.  The ability to produce methanol from renewable sources offers the maritime industry a fuel that has very attractive carbon life cycle analysis, allowing a greater reduction in the industry’s carbon footprint.  It can also be used in existing equipment with modest modifications to vessels or in dual fuel engines, which reduces the capital expense of having emission-compliant vessels.  Further, it’s pricing tracks alongside MGO, so the OPEX is comparable.  On top of that, it is widely available.

So why are we only now hearing a quartet around this issue, as opposed to the choir that has been singing the LNG anthem for about 17 years?  Is it time for the industry, writ large, to take a serious look at the possibilities offered by this option?  As an industry that is facing imminent Sulphur requirements with GHG reductions only a few years ahead, the time is now to pull out all the stops on providing options for shipowners as they navigate these choppy waters.